This afternoon around 12:30 the station, along with several area companies were alerted to a commercial structure fire at 6 N. Park Dr in the B&O industrial park. Upon arrival of Chief Facciolo, reported a 2 story structure residential over commercial with heavy fire showing from the alpha side and going through the roof. Engine 16 arrived and quickly placed a 2 1/2” hand line in service and began a fire attack on the auto body shop occupying the first floor. Cranston Heights Fire Company Engine 14 and Minquas Fire Company Squad 23 both arrived on scene assuming their respective roles and assisted Engine 16 with fire attack with two additional hand lines. Five Points Fire Company Ladder 17 was directed to set up their aerial master stream upon their arrival. An unconfirmed report of a possible subject trapped on the second floor was received and crews from Squad 23 and Wilmington Manor Fire Company Rescue/Engine 28 preformed a rapid search of the second floor which proved negative. Tenant was later located and safe. Multiple hand lines and the aerial master stream were used to bring this fire under control. All crews operated for about 3 hours. No injuries to fire department personnel or civilians. Thank you to all companies involved for your hard work. Thanks to Christiana Fire Company, Claymont Fire Company and Good Will Fire Company for covering the area while units operated on the fire ground. 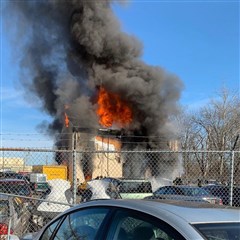 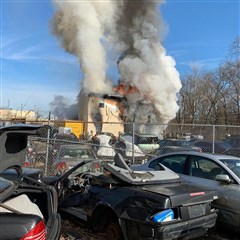 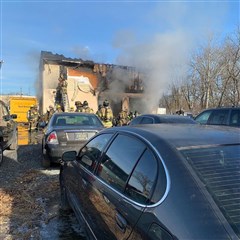 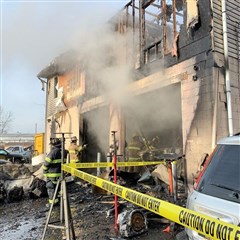 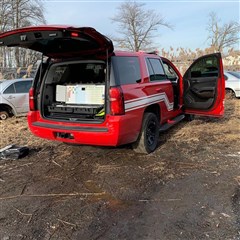 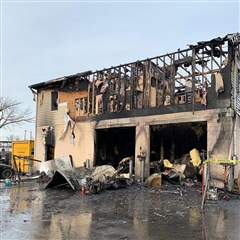