On Sunday morning May 31st 2020 at around 10:30, station 16 and mutual aide units were dispatched to the 2600 block of Frederick Ave for a house fire. Engine 16, Ladder 16, A-16, and 16-8 all made the response within seconds. While units were enroute, Fireboard advised that they were receiving additional calls reporting a bedridden occupant trapped in the residence. 16-8 (Chief Mark Facciolo) arrived and reported a 1 story residence with heavy smoke showing. Engine 16 arrived as the first due engine with their own hydrant and began to stretch a line to the fire. Engine 14 arrived as the second due engine and stretched a second hand line. Ladder 16 arrived as the first special service and made entry into the residence to began a search. While Engine 16 was stretching their line, they found off duty member (J. Parisi) in the process of removing the victim from the side door on the delta side and requiring assistance. Engine 16 officer (Capt V. Games) and Engine 16 back up (FF T.Fagan) then began to assist with the removal of the victim. Moments later the victim was successfully removed from the structure and turned over to awaiting EMS units. While the Rescue was going on, Engine 16 nozzle (FF M. Wiktorowicz Jr), and the crews of Engine 14, and Engine 23 began to extinguish the fire located in the rear of the structure and the attic. Ladder 16 continued to search the structure which proved negative for any additional victims. Several minutes later Ladder 16 officer (Asst Chief M. Edwards) advised, bulk of the Fire was extinguished and that crews were opening up and checking for extension. Crews operated on scene for about 2 hours. Thank you to all of the assisting companies for your response and quick work. 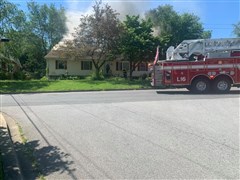 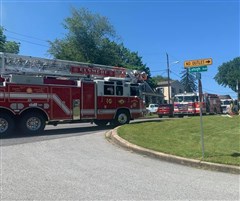 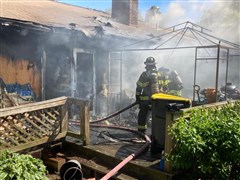 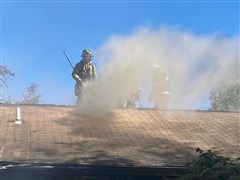 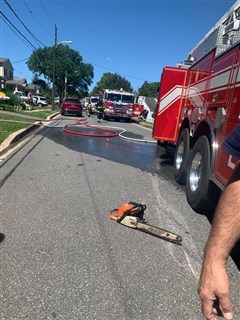