Just after 08:00hrs, Station 16 was alerted to 2203 Kirkwood Hwy in front of the PNC Bank for an MVC. Rescue Engine 16 and A16 both responded. Upon arrival, the accident was found to be at the intersection of Kirkwood Hwy and N. Clifton Ave and involving a dump truck and a work style van. Moments later crews reported 1 subject heavily trapped in the work van. New Castle County Paramedics and Delaware State Police Trooper 4 were then both added to the assignment. Rescue Engine 16 then began to extricate the trapped occupant using multiple rescue tools. After reassessing the situation, an additional Rescue was requested, adding Cranston Heights Rescue 14 to the assignment. Both crews worked for about 35 minutes to successfully remove the trapped occupant. The patient was then evaluated by ALS and BLS on scene and then transferred to Trooper 4 to be airlifted to the trauma center. Belvedere Fire Company Hazmat 30 was also requested for clean up of the diesels fuel and oil that leaked out on to the roadway. Thank you to the assisting agencies for your help. 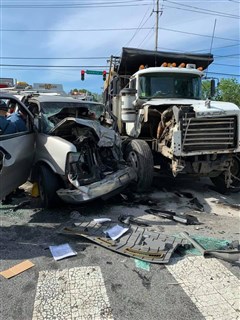 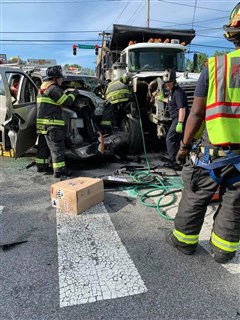 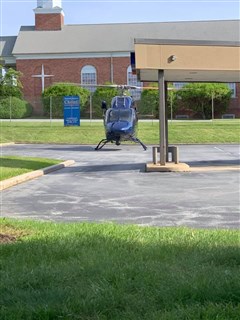 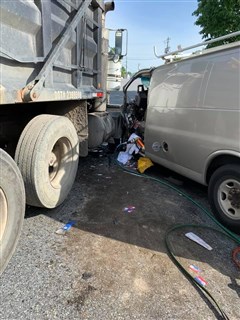